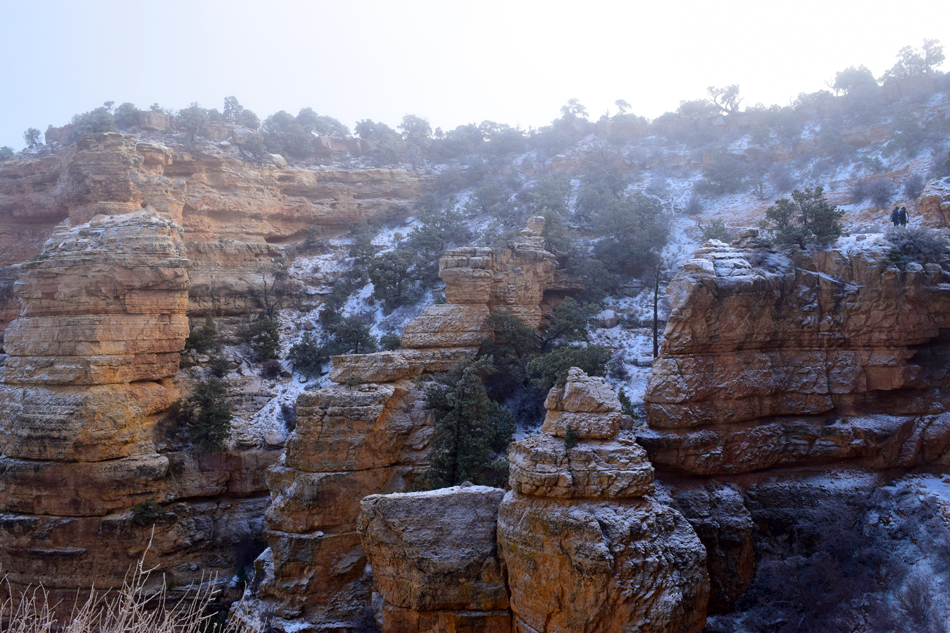 Second disclaimer: I’m a dumb Californian and had no idea it snows in Arizona.

Bobak and I went to Yosemite a few months ago and decided to get an annual pass, which means we need to get our money’s worth and visit all the national parks! So for Christmas we decided to take a road trip and explore the Grand Canyon and Antelope Canyon, and it did not disappoint.

It was far too cold to camp, so we rented a room at the Best Western, which was just a mile and a half from the Grand Canyon entrance. We spent one night getting situated, and woke up bright and early the next morning to hike South Kaibab to Skeleton Point. This is as far as you can go if you’re just doing a day hike – and for good reason. We’re both in fairly good shape but we were pretty beat afterwards.

It was 20 degrees and the trail was covered in snow (which turned into mud further down), but I was actually really glad we went during off-season so it wasn’t too crowded. Make sure to grab some crampons and wear tons of layers! 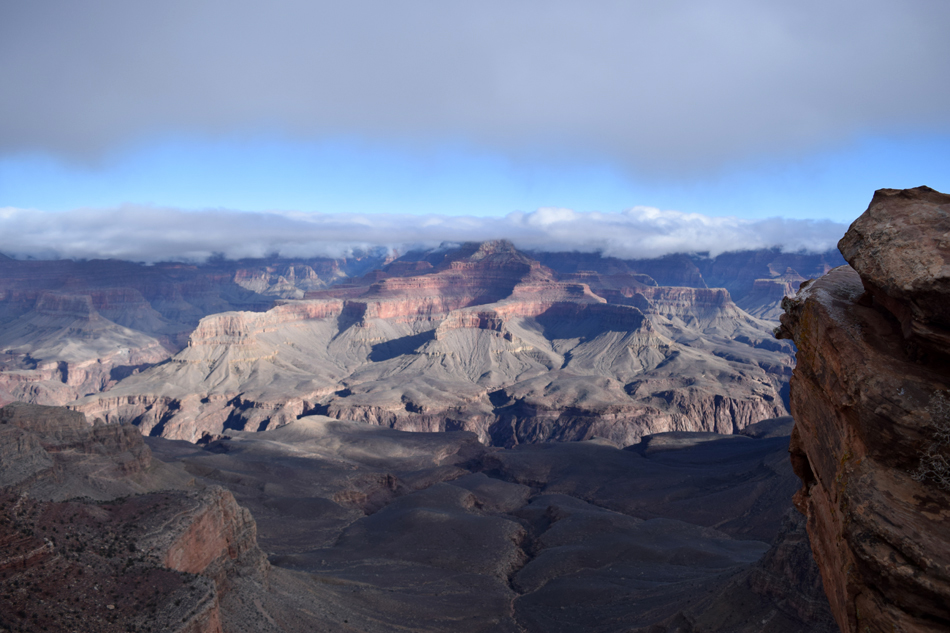 The further down you get, it starts to clear up and you can see gorgeous views of the canyon. 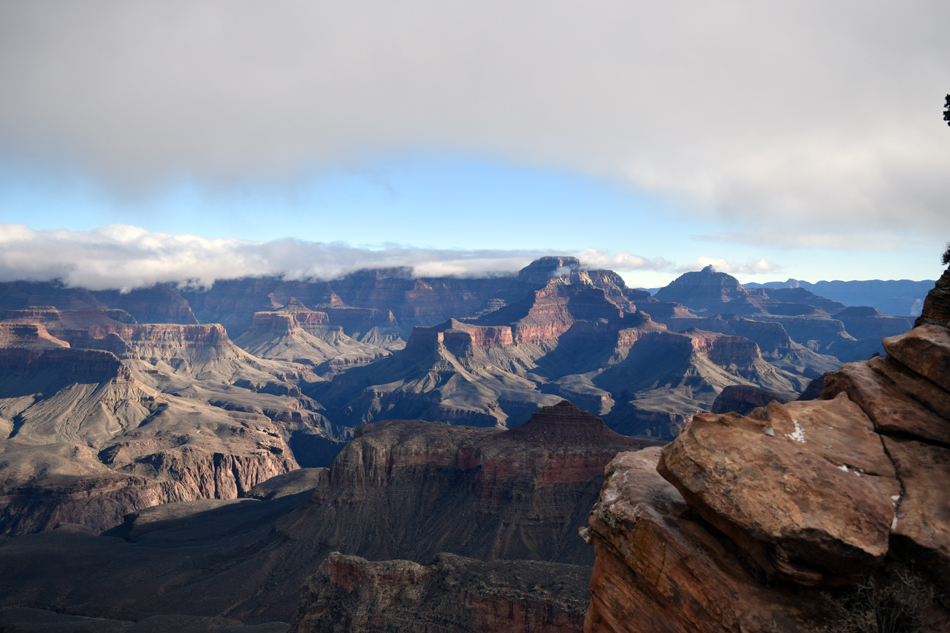 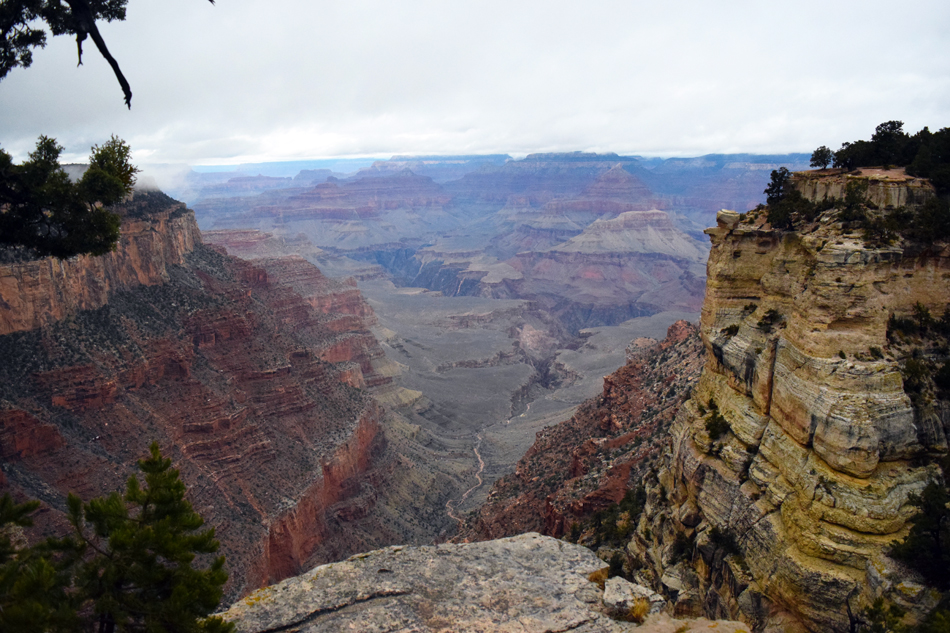 Round trip, it’s a 6 mile hike. We took plenty of breaks and overall it took us about five hours.

The next morning we set out for Antelope Canyon, which is a little over two hours away. When you’re visiting Antelope Canyon you must sign up for a tour, and the lower canyon is the spot to be, IMO. Our tour was at 10:30 AM, so we left early enough to catch the sun rise.

Antelope Canyon has been on my to-do list forever, and it’s truly breathtaking. If you’re going into the lower canyon there are some ladders to climb, and they get a bit steep. Also, it was super crowded when we went so I can only imagine how packed it is when the weather’s a bit warmer!

Your tour guide will point out some of the notable rock formations, like this one that looks like a face: 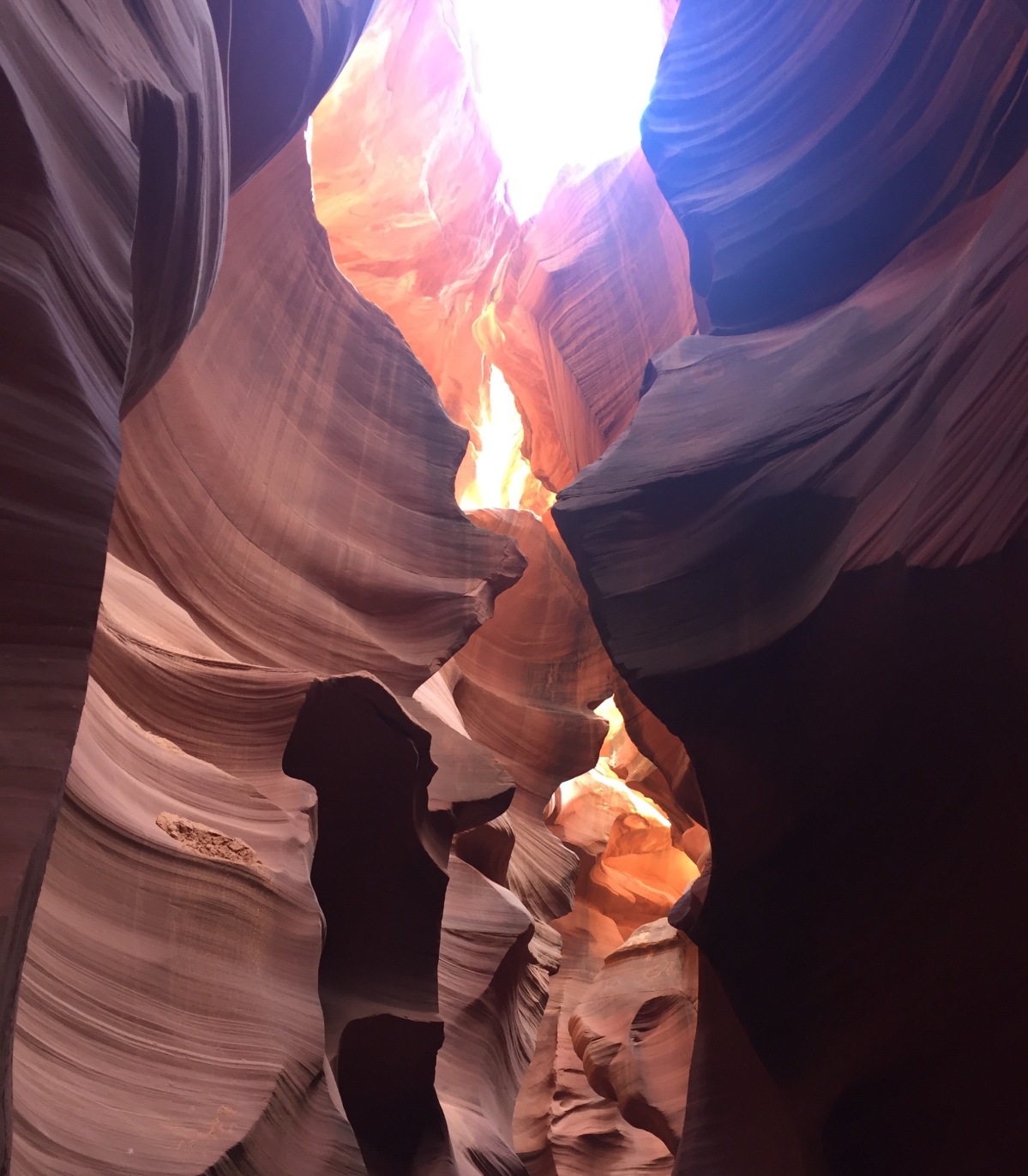 If you’re at Antelope Canyon, you have time to stop by Horseshoe Bend. Just 10~ minutes away and a short walk to the lookout point, Arizona’s got their nature game on point.

The craziest thing is after we took this photo and went back to the Grand Canyon, we got caught in a massive snow storm. The entrance to the Grand Canyon was closed so we had to take a two hour detour – but with the storm, that turned into a FOUR AND A HALF HOUR DETOUR.

Snow is wild AF. This was the road on our way out the following day:

Where should we go next?!