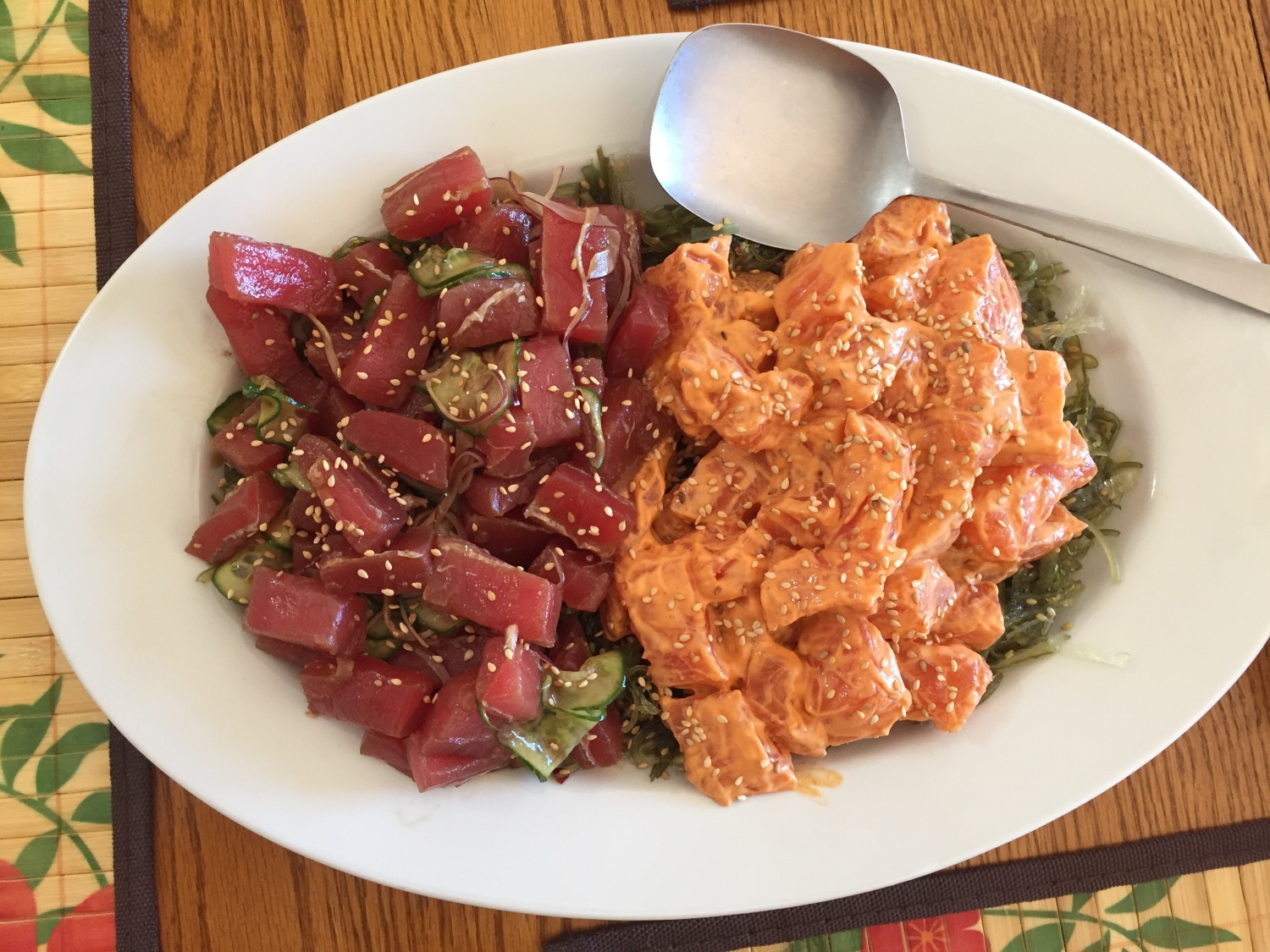 You guys, I’m still searching for the best poke in the East Bay. After having poke in Hawaii it’s just not the same.

If you haven’t tried poke (pronounced poe-kay) before, it’s a perfect dish for the summertime. Cubes of raw fish are tossed in a light dressing, and you can snack on it alone, or eat it with salad or rice. The following recipe makes enough for a large dinner party, so you can scale down if you’re just making this for yourself since Ahi can get pretty pricey.

Using a mandoline, or some super-sick knife skillz, slice the cucumber and red onion into super thin slices. Set those aside and work on the dressing for your poke.

For the Ahi tuna poke, I used 2 tablespoons soy sauce, 1 tablespoon mirin, 1 tablespoon rice wine vinegar, and just a few drops of sesame oil. Sesame oil can overpower a dish instantly, so use it very sparingly! Whisk this all together in a bowl and set aside. Cut your tuna into 1 inch cubes and then toss the tuna, cucumber, and red onion in the dressing. Get a shallow dish and let the poke hang out in the fridge for at least 30 minutes to soak up all that flavor. 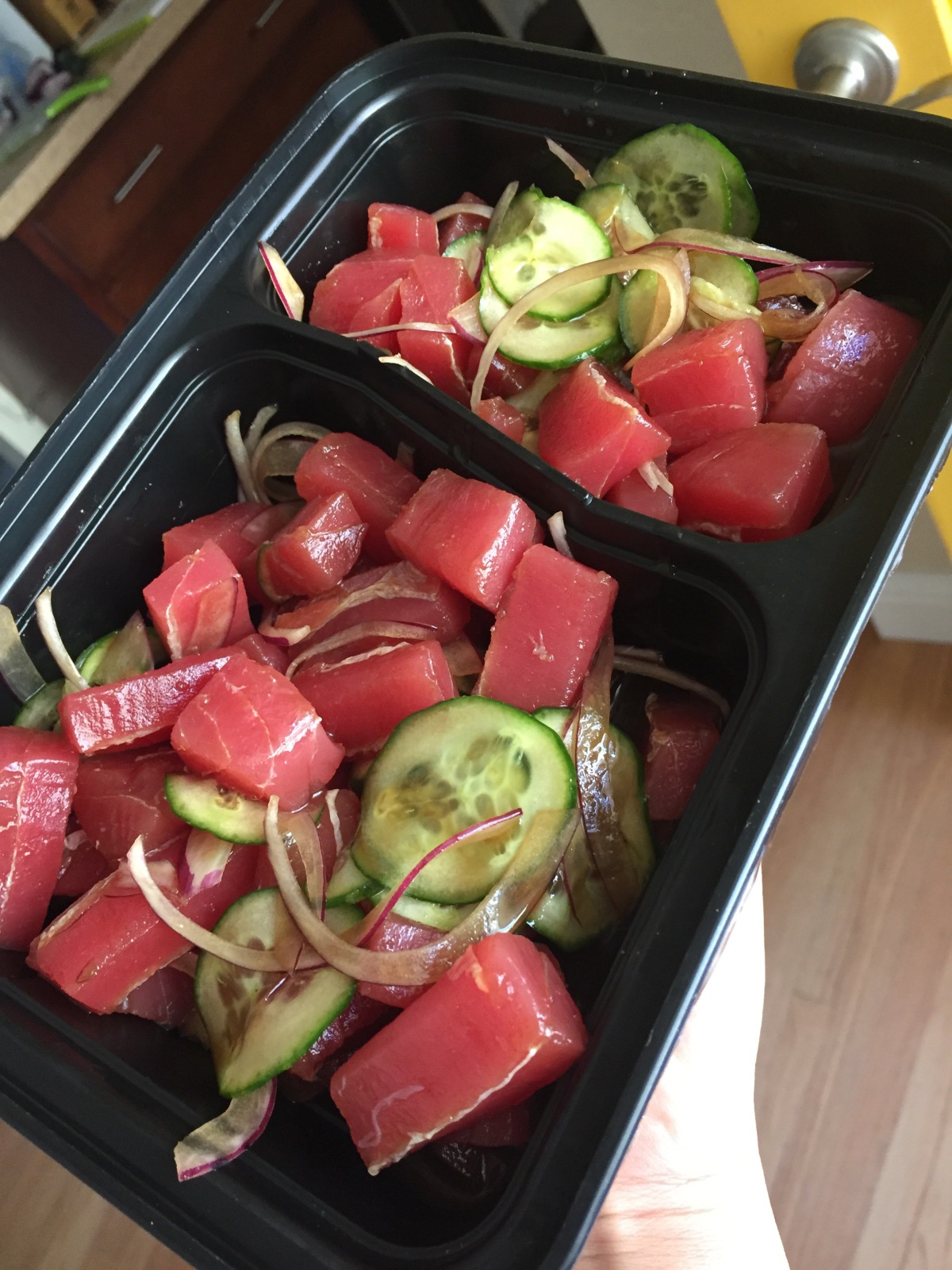 For the salmon, I mix 2 tablespoons of sriracha, 1 tablespoon mayo, and a few dashes of soy sauce in a separate bowl. If you’re sensitive to spice, cut the sriracha down to 1 tablespoon. Cut the salmon into 1 inch chunks, and toss in the dressing. Place this in a shallow container as well, and let it sit in the fridge for half an hour. 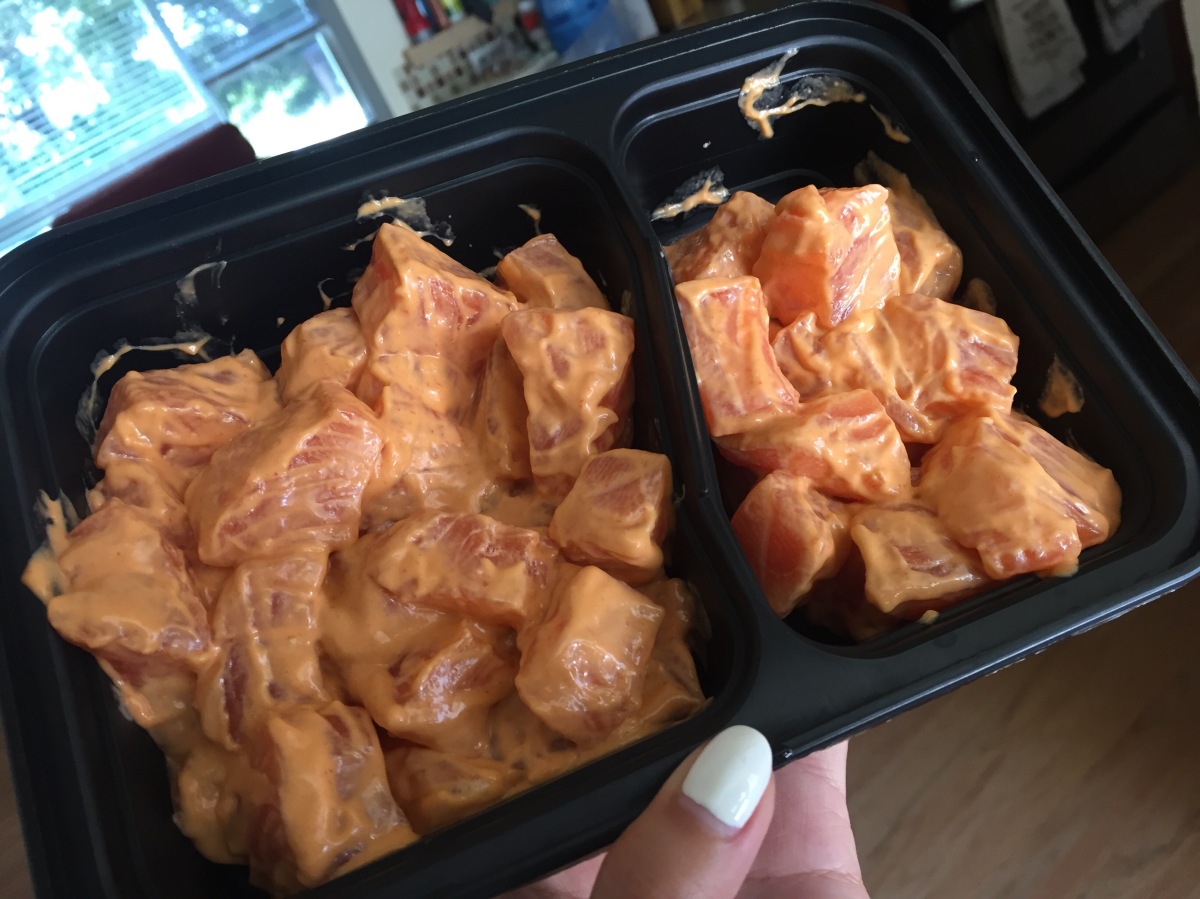 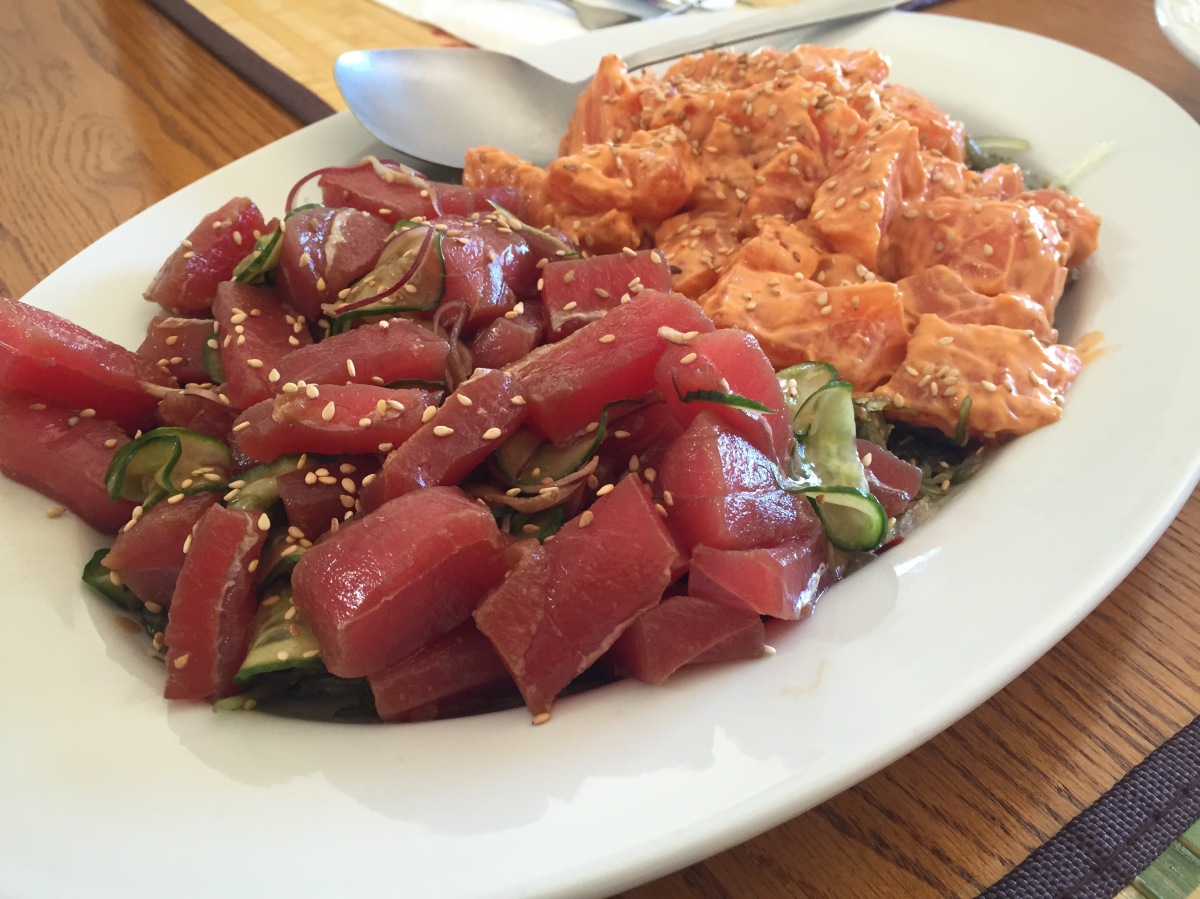 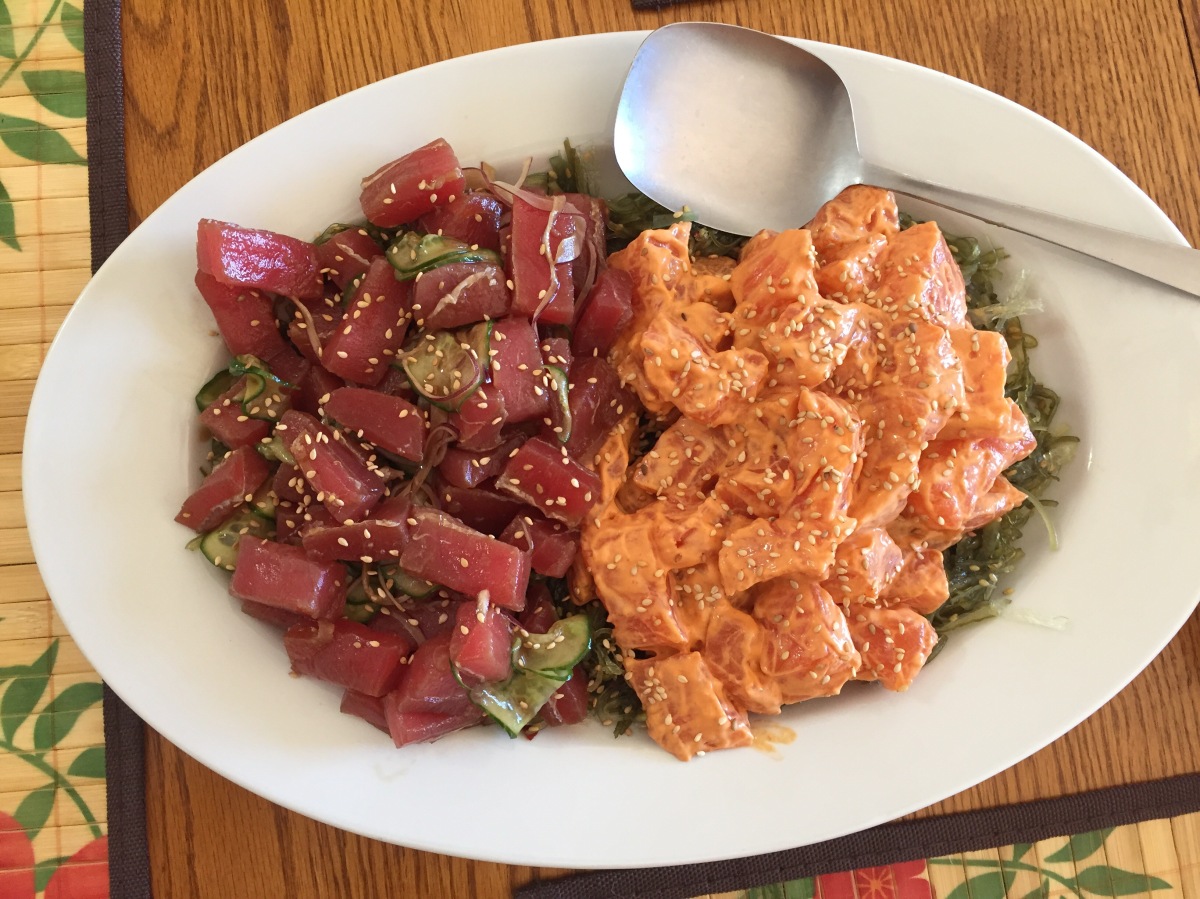