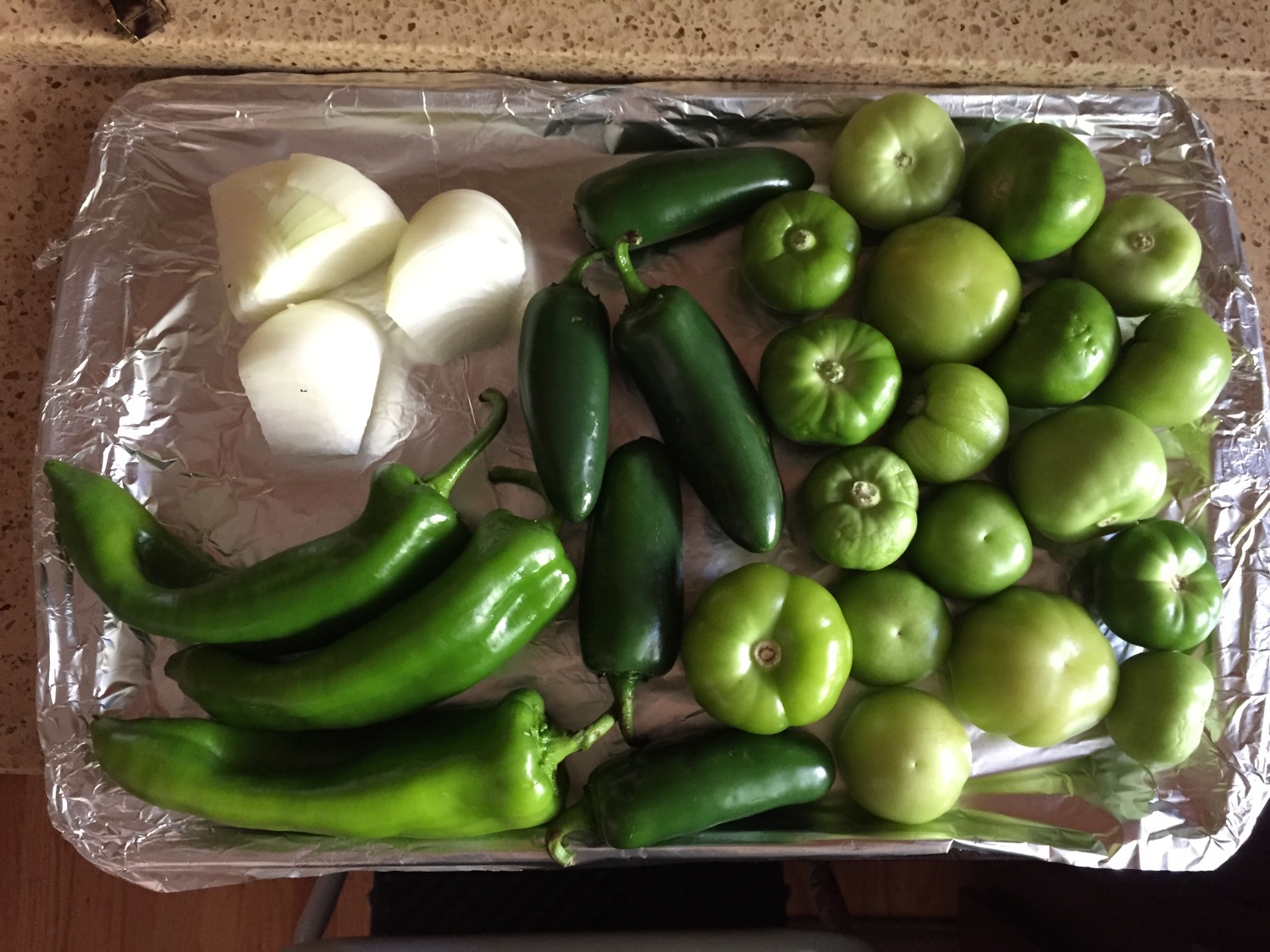 Roasted tomatillos, anaheim chiles, onion, and jalapeño make this seriously yummy salsa verde. The recipe is adapted from here, but I added avocado to make the salsa creamier. This makes a huge batch, so it’s perfect for dinners or barbecues!

First, preheat your oven to 500 degrees. I know, hella hot. But you want to roast your veggies to bring out the best flavor for this salsa.

Next, peel your tomatillos, For those of you who are unfamiliar with tomatillos, they are like small green tomatoes enclosed in husks. You want to peel the husks off, along with the stems, and give them a nice rinse because they are sticky.

Get a flat baking sheet and line with aluminum foil. Place your peeled and rinsed tomatillos on the tray, and then give your jalapeño peppers and anaheim chiles a quick rinse–placing these on the tray too. Finally, peel and quarter your onion and place that on the tray. You should now have a tray of veggies ready to go in the oven: 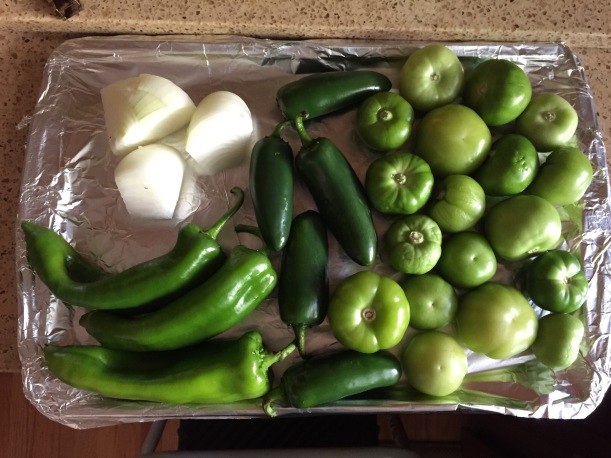 Drizzle with vegetable oil and move everything around so it’s nice and coated in oil. The first time I made this, I made the mistake of not adding the oil, and the mixture didn’t roast properly or release much juice. Put the tray into the oven for 15-20 minutes, until the peppers are nice and charred and the tomatillos have softened and burst open.

Once the 20 minutes is up, take your tray out of the oven. Get a bowl and fill it with ice water to make an ice bath for the anaheim chiles. The anaheim chiles have a thick skin that needs to be peeled off, but you don’t want to burn your fingers off. Throw the anaheim chiles in the ice bath and let them hang out until they are cool enough to be handled.

Once the anaheim chiles are cooled off, peel the skin off. It should be fairly easy, you’ll notice the skin has separated from the meat, so you just have to give it a little pull and it should remove easily. If it’s hard to remove, the chiles have not been roasted long enough. Remove the stems and any seeds–that’s where the heat is, so make sure you do this if you are averse to spice. When you’re done, you should have just the fleshy green parts. 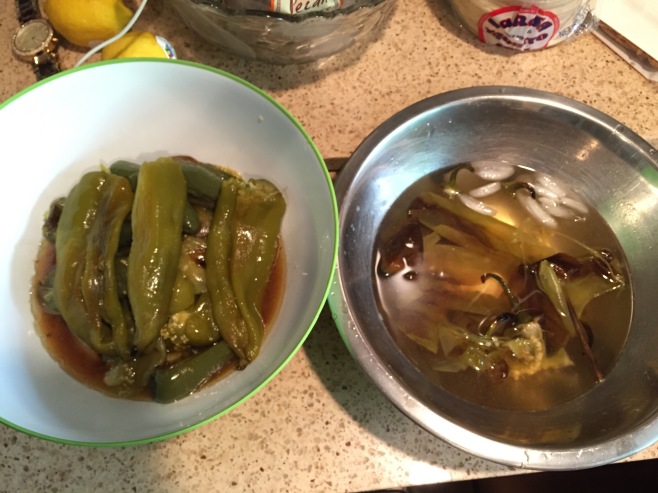 Carefully remove the stems from the jalapeños, and place them in a bowl with the roasted tomatillos and onions. Make sure you save any juice that has been let out on the tray, and throw that in the bowl too. Add the avocado, lime juice, cumin, oregano, peeled anaheim chiles, cilantro, and salt and pepper to taste.

You can throw all of this into the bowl of a food processor or blender, but I prefer a handheld immersion blender because it’s easier to clean, and I’m lazy. From here, you just blend everything together. Keep some cold water on hand, if the salsa is too thick you can add a little water at a time until it’s at the desired consistency. 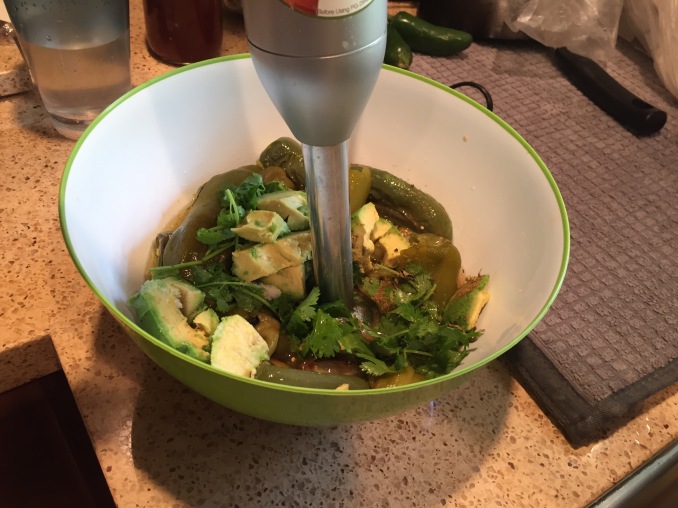 And there you have freshly made salsa verde! Once it’s cooled off enough, put the salsa in containers and keep in the fridge.